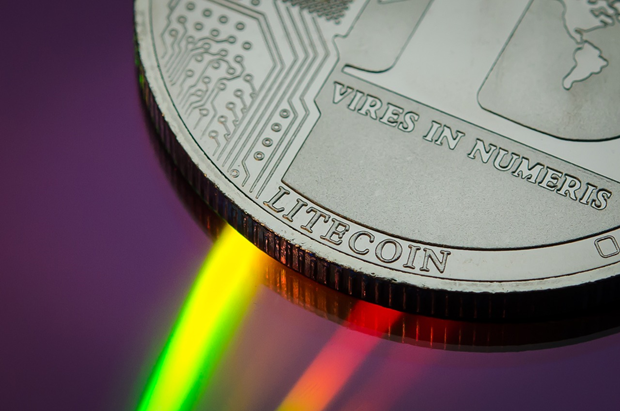 In 2008/9, Satoshi Nakamoto introduced the world to cryptocurrencies by launching Bitcoin. Over time, many alternative tokens or “Altcoins” have emerged, such as Namecoin, Litecoin, Ripple, Ethereum, and more. While some of these have gained popularity, many have been lost in the crowd.

When Litecoin was released on GitHub in 2011, it became the second most notable altcoin after Namecoin. One of the reasons we need alternatives to Bitcoin is to overcome the limitations of BTC. Litecoin’s aim is to do just that.

Presently, there are more than 5,000 cryptocurrencies in existence, of which Bitcoin (BTC) and Ethereum (ETH) hold the majority of the market share. Nonetheless, Litecoin follows close behind among the top ten tokens, with a current market cap of $13B.

Charlie Lee created Litecoin (LTC) as a fork of the Bitcoin Core client but with features that are essentially different from Bitcoin’s. At the time of creating Litecoin, he was also working as a software engineer for Google. Having bought his first bitcoin for $30 apiece, Lee soon got involved in building a more efficient token with a vision to create the “silver to Bitcoin’s gold.” Considering this principle as foundational to Litecoin, he also said, “Silver is cheaper and lighter, so the idea is people will use it more as a currency, whereas gold would not be used for daily spending.”

As such, the timelines of Bitcoin and Litecoin are quite similar in comparison. However, while Bitcoin has continued to become more expensive in terms of transaction fees, Litecoin has remained cheaper and more stable in this regard. After Litecoin’s release, Lee joined Coinbase, only to quit in 2017 and dedicate his focus on developing and managing the Litecoin Foundation.

Litecoin as an Alternative to Bitcoin

Among many others, Bitcoin is the primary Litecoin competitor. Although presently, the phrase — “a Bitcoin fork” — has become quite common, it was extremely revolutionary in 2011 when Litecoin was released. Consequently, early adopters witnessed 1 LTC valued at $0.03 in July 2012 reaching $40 in November 2013: a 1,300x or 130,000% increase.

In turn, this also affects the scalability factor of the two coins, making Litecoin more scalable and flexible. However, both Litecoin and Bitcoin have integrated scalability tools like SegWit and Lightning.

Challenging the dominance of ASIC-based mining is one of Lee’s primary motives behind Litecoin. ASIC hardware is expensive, whereas Litecoin makes use of GPU (Graphics Processing Unit) mining, which is much cheaper.

Additionally, Bitcoin uses the SHA-256 hash rate, which demands an increasing rate of computational power to process transactions as the number of transactions increases over time. This demand for increased computational power served as the incentive for the monopolization of mining facilities by big companies that could afford multiple ASIC-based computers to run parallel processing.

On the other hand, Litecoin uses the Scrypt algorithm on GPUs which does not support parallel mining functions, thereby preventing the centralization of ASIC mining while decreasing the cost.

Litecoin recorded an average transaction fee of $.0327 while the Bitcoin network charges an average fee of $0.631. This can be interpreted as Bitcoin being 20 times more expensive than Litecoin in getting a transaction verified on the blockchain.

There numerous factors that affect the adoption and usability of Litecoin.

One significant factor is its hashrate or the total mining power dispensed to the network by miners. With a significantly lower hashrate than Bitcoin, Litecoin’s security could be at stake, as it would take much lower mining and computational power to launch an attack against the Litecoin network compared to Bitcoin.

However, while the price is significantly lower than that of Bitcoin’s, the reason for its continued presence among the top ten cryptocurrency tokens is that there are 4x more coins to be mined than bitcoins. Bitcoin is limited to a total supply of 21 million tokens, while there are 84 million Litecoins to be circulated.

Prediction sites like Long Forecast and Wallet Investor say the average price does not see any significant rise, instead, they indicate a falling line on the graph. Nevertheless, these predictions are based on current standings and don’t always serve as an accurate indicator.

Time and again, Charlie Lee has stressed the importance of stability that the protocol has maintained over the years. He looks forward to a secure future and has currently planned a MimbleWimble upgrade which is aimed at improving Litecoin’s privacy and scalability.