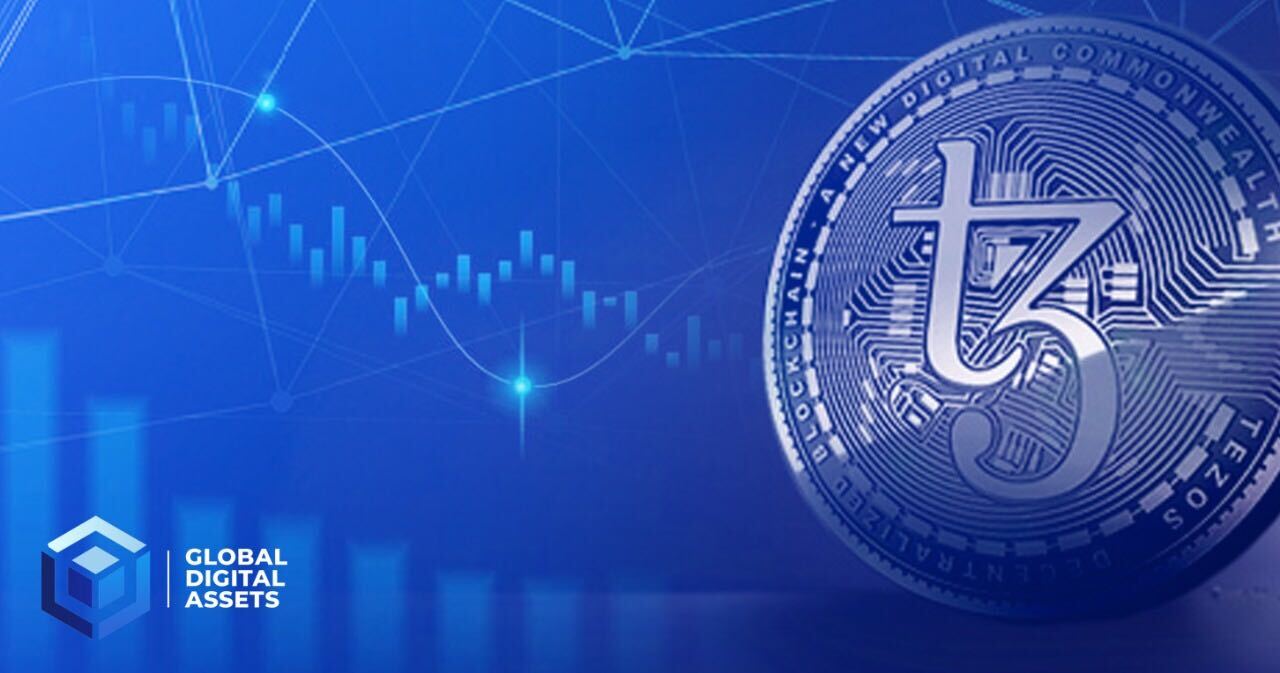 Tezos is an open-source platform that provides robust support for DApps and smart contracts. It deploys a unique democratized governance system based on what is known as ‘digital commonwealth.’

The idea of the ‘commonwealth’ is to create an ecosystem that links a group or entity that has common goals and interests. This enables the token holders to participate in the laid down on-chain governance process by making decisions that will help shape and drive increased adoption of the Tezos protocol.

Relying on this governance system, Tezos can achieve high-end decentralization while mitigating contentious hard forks via self-amendments and on-chain governance. The platform deploys a Liquid Proof of Stake (LPOS) consensus network which supports the Turing-complete contract.

Token-holders have the option of staking a certain number of XTZ to participate in the network consensus. This process is known as ‘baking’. Bakers get rewarded for adding blocks to the blockchain and in turn securing the network.

Tezos was co-founded by Arthur and Kathleen Breitman, who have reportedly been developing the platform since 2014. The company is domiciled in Switzerland and now has a group of developers working on the platform. Dynamic Ledger Solutions (DLS) is the parent company of Tezos and it holds all funds raised during the ICO under the Tezos foundation.

In 2017, Tezos (XTZ) had a blockbuster token sale, a record-breaking ICO in which the blockchain platform raised $228 million in BTC and ETH in just two weeks, the largest capital raised in an ICO at the time. There were delays in the Tezos launch until June 2018, which marked the genesis block and had 608 million XTZ entering into the circulating supply.

The delay between the time of the token sale and the period the blockchain finally went live was instigated by management issues that originated between the co-founders and the president of the Tezos Foundation, Johann Gevers.

Gevers initially had a good reputation with the company and was trusted with control of all the funds under the Tezos foundation with single signature access. However, it turned out that Gevers had no interest in developing the project and due to the unlimited powers within his reach, he promoted himself to the position of executive director and tried to link the Tezos Foundation to his personal company.

This development caused a lot of friction between the co-founders and Johann Gevers. Investors were caught in the middle, with no token to either liquidate their position or continue holding.

After much debate and undesirable media attention, a compromise was reached which mandated the Foundation to own the Tezos source-code and trademark from the Breitmans’ company for 8.5% of the funds raised in the ICO, with an additional 10% of the tokens generated in the genesis block. Consequently, Gevers left the company after receiving over $400,000 in severance.

Tezos has a current block time of 60 seconds and an annual inflation of 3.6%, with about 736,413,944 XTZ in circulating supply with no maximum supply at the moment. The digital asset ranks among the top 15 cryptocurrencies by market cap and has rallied over 300% since the March 12 black Thursday selloff.

At the time of writing, XTZ is trading at $3.22 with a market capitalization of over $2 billion. XTZ opened trading in June and had an all-time low of 0.314 USD on Dec 7th, 2018. Since the massive sell-off in march, the XTZ price has impressively pivoted and is now on track towards hitting a new all-time high.

The protocol is built using the OCaml language, which deploys formal verification to mathematically validate the accuracy of computer programs, thereby fostering a high degree of security. The platform smart contract was written in a Turing complete language known as Michelson.

The team’s choice of Michelson was highly criticized by the community who upheld that Michelson lacked popularity to compete with other languages and that developers may have difficulty in deploying DApps on the platform.

The team immediately addressed this challenge by developing the Liquidity language which compiles seamlessly with Michelson, making it simpler and faster for deployment. Currently, several  DApps are being deployed on this protocol. Since the launch of the Beta network in July 2018, Tezos has strived to maintain an upward growth trajectory, despite the initial challenges that plagued its early development.

In the first quarter of 2020, Tulip Tools released the latest version of Tplus, a tool that helps developers automate common tasks like the setting up of Tezos nodes/sandboxes and related software that is helpful during the development process, such as indexes, APIs, and blockchain explorers.

The Tezos governance system doesn’t necessarily permit it to have a conclusive roadmap. What this implies is that each phase of the project is vetted by the community. Once necessary future development options are explored, the community votes for their approval before proceeding with implementation.

Commenting on the roadmap,  a Reddit post on the official Tezos subreddit reads, the Tezos foundation will be “supporting initiatives put forward by the community in their efforts to advance Tezos”