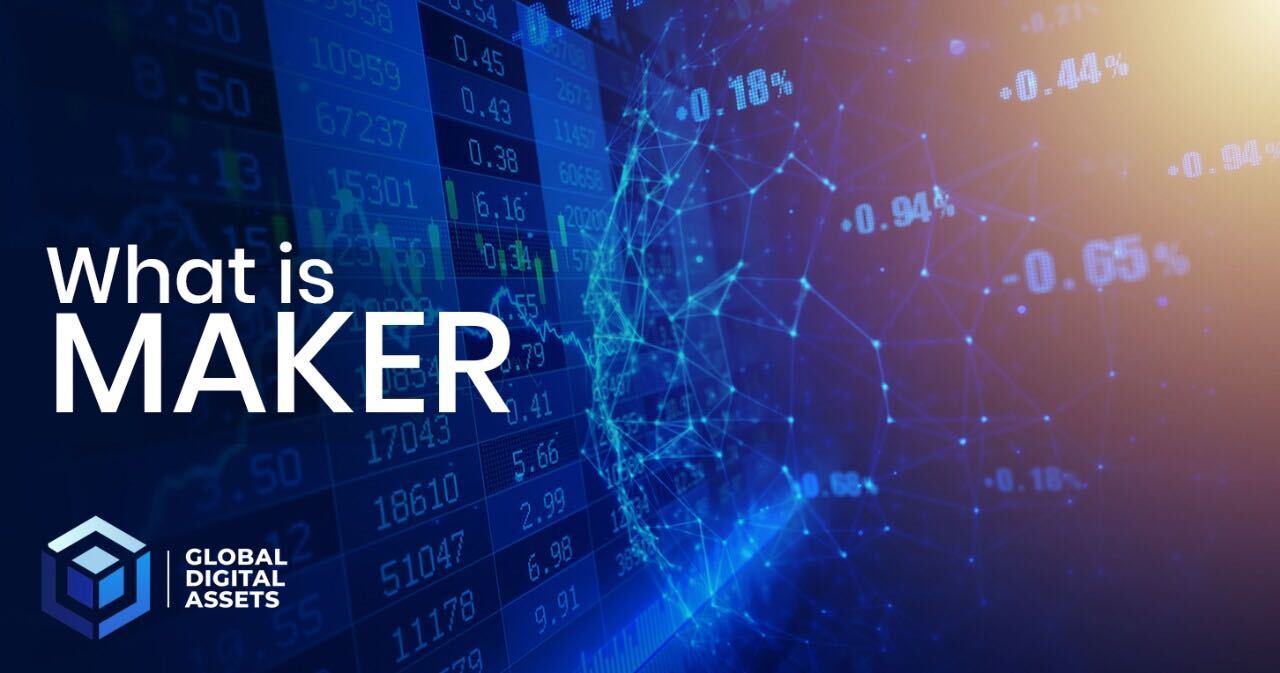 Maker holds a prominent place in the Ethereum ecosystem today and has built quite a reputation in the crypto industry. Maker is an Ethereum-based decentralized autonomous organization, creators of Maker tokens and DAI stablecoins.

DAI is a part of the Maker DAO ecosystem, and Maker helps minimize the volatility associated with the DAI stablecoin. DAI’s value is pegged to the US dollar at a 1:1 ratio. Maker token holders control the governance of DAI.

What is Maker? – A Quick Intro to how it Works!

As we described above, the Maker platform hosts both DAI stablecoin and MKR tokens. Maker is a prime example of how the Ethereum smart contract platform can be used to build high-value products and services.

Let’s look at one instance of how the Maker platform operates. Suppose you want 500 DAI, and the collateralization ratio is 150%. This means that you will have to collateralize $750 worth of Ether to create 500 Dai.

Once you collateralize ether, it will be held in a collateralized debt position, also known as a CDP. It enables Maker’s smart contract to set your collateral aside.

There are two scenarios that are important to explore:

#1. What happens when ether price increases?

#2. What happens when ether price decreases?

What Happens With Your Collateral When There’s a Rise in the Ether’s Price?

Because your collateralization ratio is already above 100%, there’s no cause for concern in this scenario up to a point. The current position will be strengthened further as the price rise of ether makes your position even more collateralized.

The continual rise in the prices of Ether can become an issue for DAI. The reason being that if Ether prices keep going up, DAI’s value, too, will keep increasing. This is the exact reason why the Maker team has placed a system to keep a tab on this process.

When the price of DAI goes above $1, the DAI community members are incentivized to create additional DAI from the same collateralized debt position. The increase in the circulation of DAI leads to a reduction in its prices. Thus, the value of DAI is effectively back to $1. This way, the collateralization ratio, too, is back to 150%.

What Happens With Your Collateral When There’s a Decline in the Ether’s Price?

The situation is much more complicated when it comes to a drop in the price of Ether.

Imagine a scenario where the fall in the ether price is such that the collateralization ratio falls below 100%. In this case, there won’t be any justification for DAI’s value to be equal to $1. Thus, the situation threatens the stability of DAI.

The Role of MKR Tokens

Maker is the governance token of Maker DAO. Anyone who wants to create DAI on the Maker platform will have to use MKR tokens, which are used to pay the fees to create a collateralized debt position, and only then, they would be able to create DAI.

After each use, the MKR tokens get destroyed. With MKR tokens being burned in increasing numbers, the value of MKR tokens increases. Thus, fewer MKR tokens will be required for transactions on the Maker ecosystem.

MKR token holders can vote on every decision that is proposed to be implemented on the Maker network as well as make proposals.

As of now, Maker DAO holds a prominent place in the Ethereum ecosystem. With its DAI stablecoins growing in stature, Maker has established itself as one of the leading projects in the crypto space. Due to the strong performance of both MKR and DAI, Maker DAO is expected to continue its growth trajectory.

The DeFi sector is growing at a tremendous pace this year. In the DeFi lending segment, Maker continues to maintain an upper hand with over 47% dominance. Their market share and dominance may take a hit due to new players entering the market, but Maker has shown it has the technical aspects and user support to continue being a big name in DeFi.