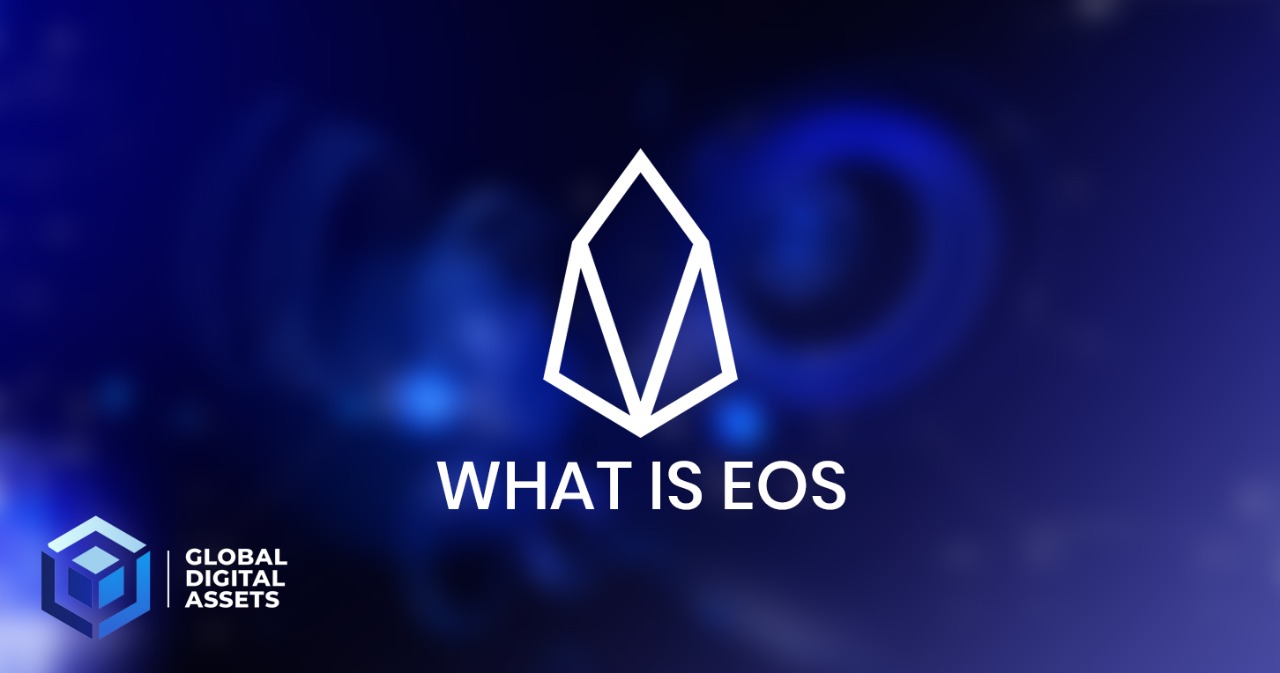 What is EOS? – An In-Depth Guide

EOS, pronounced E-OS, has been making waves in the crypto world since its introduction. Below, we will explain the EOS blockchain and EOS token in the simplest way possible.

What is EOS? A Quick Look

EOS is known for its unique characteristics and is a next-gen blockchain ecosystem. EOS is built on the open-source MIT software license. The credit for building EOS goes to its developer community. They built it on the EOSIO protocol of Block.one.

EOS’s goal is to make enterprise-grade decentralized applications, scalable and highly efficient. How would this be achieved? EOSIO has simplified the programming aspect of developing DApps whilst simplifying the integration of smart contacts.

The EOSIO platform leverages a unique structure to virtually eliminate transaction fees as well as being highly scalable and adaptable. EOSIO follows familiar development patterns for builders and programmers, making it a seamless user experience for developers who are familiar with tools they know and love.

EOSIO is built for private or public, permissioned, or permissionless blockchain infrastructure, with role-based security permissions and industry-leading throughput.

As we described, the EOS blockchain aims to be a go-to choice for building enterprise-grade DApps. Today, it is a leading choice for any DApp developer that wants to offer their DApp users very fast transaction speeds.

To fulfill its goal, the EOS blockchain will have to process millions of transactions every second. The EOS network has only 21 nodes, making the consensus for block formation extremely fast, allowing a very high throughput of transactions.

The EOS tokens are an integral part of the EOS ecosystem. Developers need only hold EOS tokens to be eligible to use EOS network resources and build and run decentralized applications. The EOS token holders can rent their computing powers to others if they don’t run apps themselves.

There’s no mining on the EOS network. Instead, the number of required blocks are generated by the block producers. In return, they are rewarded with EOS tokens. They can publish their desired sum as an expected reward. The current circulating supply of EOS tokens is 946,584,893.

EOS software is a product of a company known as Block, and it is involved in many blockchain projects. The EOS ICO ran for 350 days, and it makes it one of the longest-running ICO’s in cryptocurrency history. The ICO ran from June 26th, 2017, until June 1st, 2018.

The EOS ICO proved to be a tremendous success as they were able to generate more than a billion dollars, making it one of the most successful ICOs of all time.

After the completion of the ICO, a total of 700 million tokens were released, 70% of EOS’s total supply. The team behind EOS includes many high-profile names in the crypto industry, including the likes of Daniel Larimer.

Daniel Larimer is better known as the co-Founder of two well-known entities – Steem & BitShares. Both of these projects have gone on to become billion-dollar projects.

EOS’s ease of use for developers and users alike makes EOS one of the leading competitors to the Ethereum blockchain.

The vision of EOS, to be the fastest, most scalable, and easiest to use blockchain in the world, is one to admire, especially with the amount of competition in the blockchain industry at this point. With an increasing developer and user base and continued innovation, EOS might just bring that vision into reality.