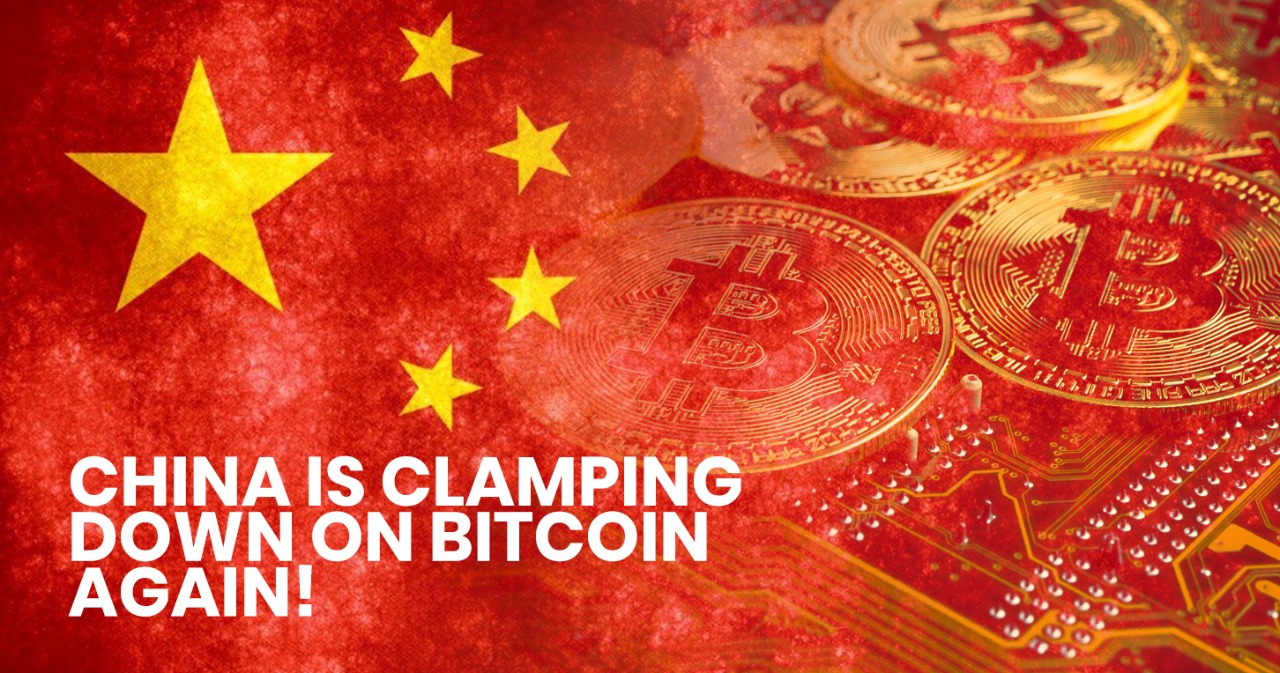 Authorities in China have renewed their crack down on the world’s most popular cryptocurrency. The new sweep of regulations have already had an impact on Bitcoin’s market value and global mining industry. Here’s a closer look at why this isn’t the first time the nation has tried to stem the growth of digital assets and what investors should expect on the road ahead.

Last week, regulators in China’s north and southwest regions simultaneously announced a ban on cryptocurrency mining. Collectively, these regions account for 90% of BTC mining that occurs in China. Chinese miners also account for 65% to 75% of the world’s bitcoin mining capacity at the moment. In other words, the industry is about to be reshaped dramatically.

This crackdown is also being enacted on a federal level. This week, the People’s Bank of China issued a statement to financial institutions ordering them to cut off payment channels for crypto exchanges and over-the-counter platforms. Following the guidelines, the Agricultural Bank of China (AgBank), China’s third-largest lender by assets, has announced that crypto-related transactions will be suspended shortly.

Chinese authorities see the rise of cryptocurrencies as a financial and environmental risk. The industry’s impact on the energy grid and the traditional financial system has made some Chinese leaders wary. However, this isn’t the first time the nation has tried to stem Bitcoin’s growth.

The country’s approach to digital assets has always been cautious. In 2013, financial institutions received a notice from the China Securities Regulatory Commission asking them to stop handling BTC transactions. That marked the end of the 2013 bull run.

In 2017, at the end of another bull run, the central bank declared initial coin offerings as illegal. ICOs collapsed, while BTC slumped from its all-time high.

The latest crackdown could mark the end of the 2020-2021 bull run. It could also highlight the fact that users and businesses in China have adopted digital assets despite the national crackdowns. Digital assets have become more popular and more mainstream despite two previous crackdowns. This time could be no different.

As Chinese miners go offline, the time it takes to mine each BTC is prolonged meaning the network will slow down. Industry insiders expect an exodus of miners to other parts of the world with higher concentrations of renewable energy. This exodus could make the Bitcoin network cleaner and more decentralized over the next few years.

The move could also make digital assets appear less threatening in other parts of the world. Concerns about a single country dominating the network or weaponizing it to disrupt the global financial order should subside in the near-term. This could push adoption to new heights over the long-term.

China’s crackdown on Bitcoin is harsh, but not new. It has previously restricted digital assets during the bull runs of 2013 and 2017. This latest swathe of measures could deflate the market and eradicate speculation, but could also make the global network more robust over the long term.