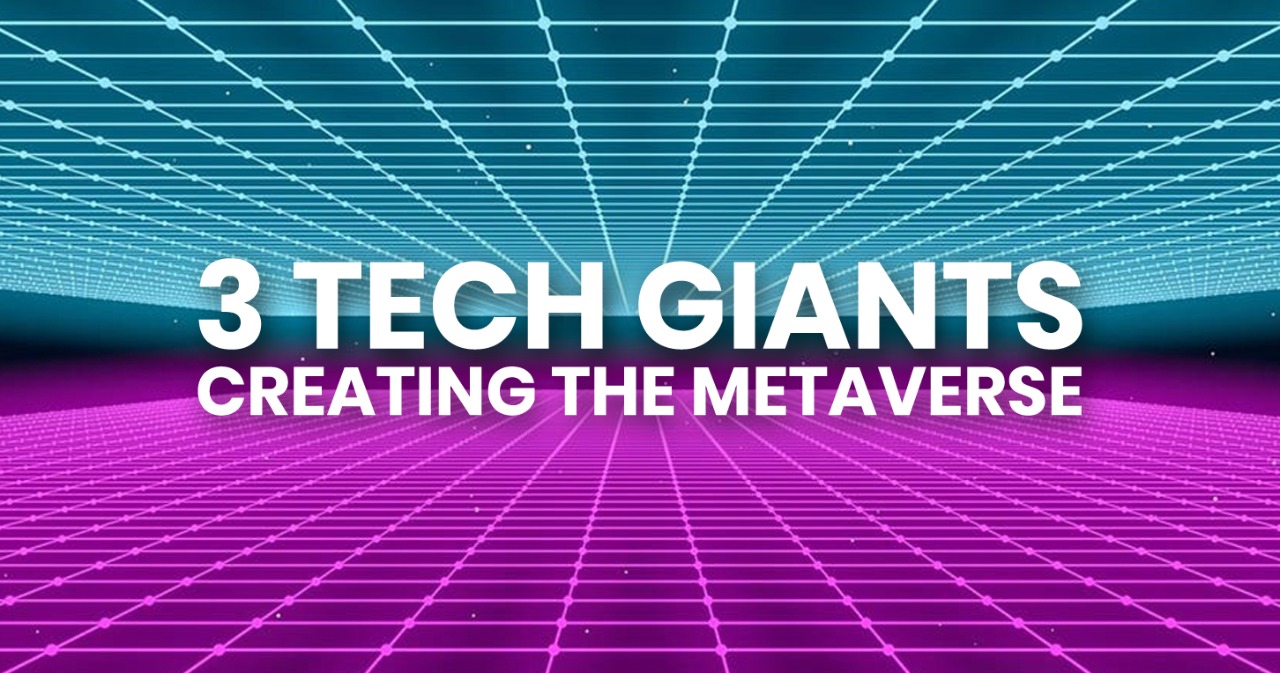 In 2021, the metaverse is finally going mainstream. Younger users are already familiar with this emerging new dimension of the global internet. Special avatars, unique player abilities, designer costumes and digital products are already a multi billion-dollar business on specific platforms.

The metaverse is still in its early innings, just like social networks and mobile applications were in early-2000s. Investors, developers and entrepreneurs need to keep an eye on the tech giants enabling this shift to discover new opportunities.

Here are the top three tech giants developing the metaverse

The social media giant is undoubtedly the biggest player in this arena. Facebook’s investments in the metaverse are a clear signal that it’s trying to dominate a segment of the internet before its current gatekeepers – Google and Apple – jump in.

The company’s Oculus devices are already some of the most popular virtual reality headsets on the market. Now, Facebook Horizon adds a social element to the VR experience, helping billions of Facebook, Instagram and Whatsapp users connect in the metaverse.

With over $64 billion in cash on hand and roughly 10,000 employees working on AR and VR, Facebook is the clear frontrunner in this emerging sector.

While Facebook is still trying to kickstart a gaming-based social experience, Roblox is already there. Roblox has over 42.1 million daily active users, the majority of whom are under the age of 16.  Many of these younger players consider the platform a better way to socialize with friends, compared to traditional social networks. That’s helped the company grow to a phenomenal $50 billion market valuation.

The platform has already hosted some major events such as the introduction of DC’s WonderWoman, a Gucci-sponsored garden experience and a live concert by Lil Nas X. Meanwhile, users have adopted the platform’s native currency Robux to pay for avatar upgrades and special abilities.

The most intriguing company in this industry is Unity Technologies. The company provides the tools developers need to create the metaverse experiences mentioned above as well as several others. Unity is a cross-platform game engine that has enabled early metaverse experiences such as Snap Inc.’s augmented reality platform, PokemonGo world, the VR metaverse of Oculus and the Roblox platform.

The engine is so ubiquitous that over 1.5 million developers across the world currently rely on it. That puts UNit Technologies in a uniquely favorable position to dominate this emerging sector.

The rise of the metaverse is inevitable. Younger users are already accustomed to a highly-interactive and social internet. They spend more on digital goods and experiences than movies or music. This represents a massive opportunity for early adopters and tech giants such as Facebook.