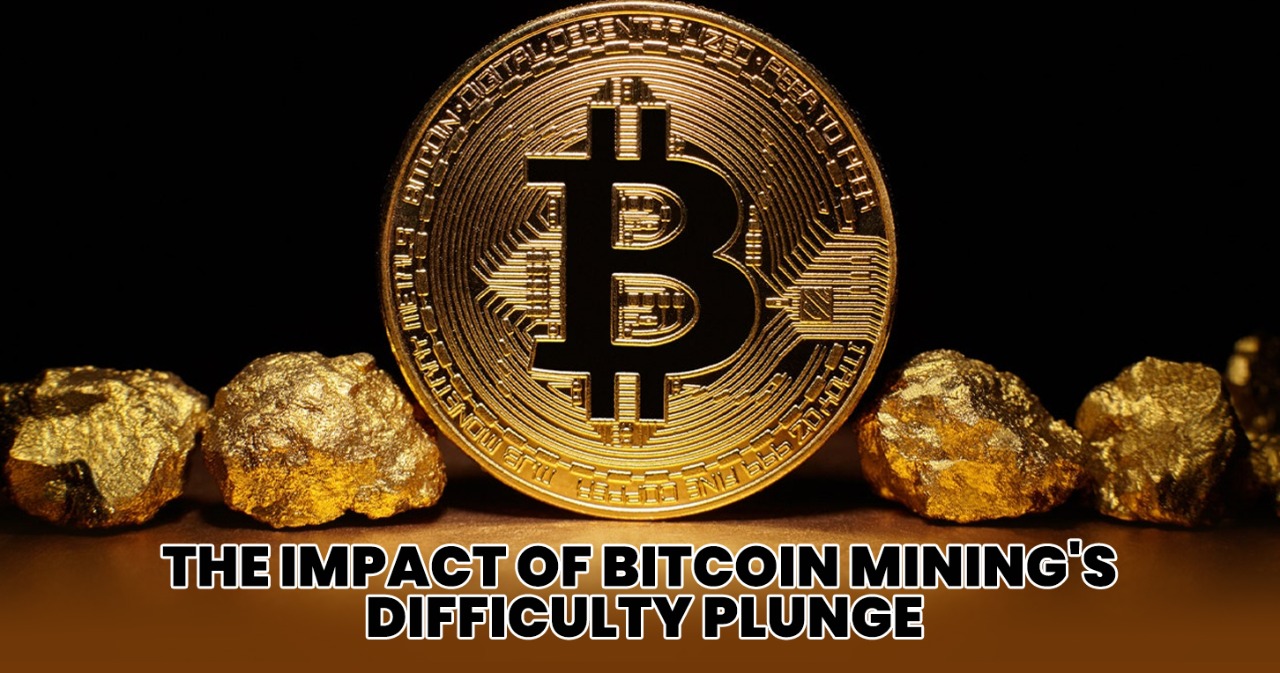 Mining Bitcoin became significantly easier in recent months. Mining difficulty is measured as the amount of computational power required to mint each new unit of BTC. This month, the difficulty level dropped significantly, which has wider implications for the entire digital assets sector.

Here’s a closer look at why this difficulty is dropping and what lies ahead for Bitcoin.

In May, Chinese regulators turned their attention to the local Bitcoin mining industry. Sweeping new rules effectively banned the practice in several Chinese provinces. Experts believe this is an attempt to curb the industry’s environmental impact but also a way to clear the path for China’s upcoming digital yuan.

The clampdown is significant because China accounted for roughly 70% of the Bitcoin network’s mining capacity earlier this year. At the time of writing, 54% of bitcoin’s hashrate, which is the collective computing power of miners worldwide, has gone offline. Now, investors, developers, and miners are bracing for the impact of this shift.

The Bitcoin community sees China’s dominance in the mining sector shrinking rapidly this year. That means the network’s future has been permanently altered.

For one, mining is easier, and thus more profitable, for miners who remain online. Mining difficulty has dropped 28% from its peak in May. Bitcoin’s price, meanwhile, has been relatively steady over that period. That means a miner in Iceland or Canada now has wider margins on their operations.

However, this boost to profitability is expected to be temporary. Chinese miners are already shipping equipment and hiring people in other parts of the world. This migration seems to be focused on destinations with better crypto regulations and cleaner sources of fuel.

Canada, for instance, has become a prime destination for Bitcoin miners. 67% of Canada’s electricity is derived from renewable sources – predominantly hydro. Similarly, miners are also heading for parts of the United States where energy is cheaper and greener than average. Texas is quickly becoming a Bitcoin mining hub, as the exodus continues.

By the end of the transition, the majority of Bitcoin’s hashrate could have moved to regions with cleaner sources of fuel. That should mitigate one of the most common criticisms of the digital asset – that its use is harmful for the planet.

China’s sudden clampdown on Bitcoin mining has been immensely disruptive for businesses in the region. Years of investment have been effectively destroyed because of this. However, the move has made Bitcoin mining temporarily more profitable and less competitive for miners who remain online in other parts of the world.

The clampdown and migration could also make the industry a lot more sustainable. In most cases, Bitcoin miners are seeking to move their operations to destinations with the best laws, the cheapest electricity, and the greenest fuel. That puts Canada, Europe, and parts of the U.S. on the top of their list.

Bitcoin’s future could be greener and more lucrative than ever before.