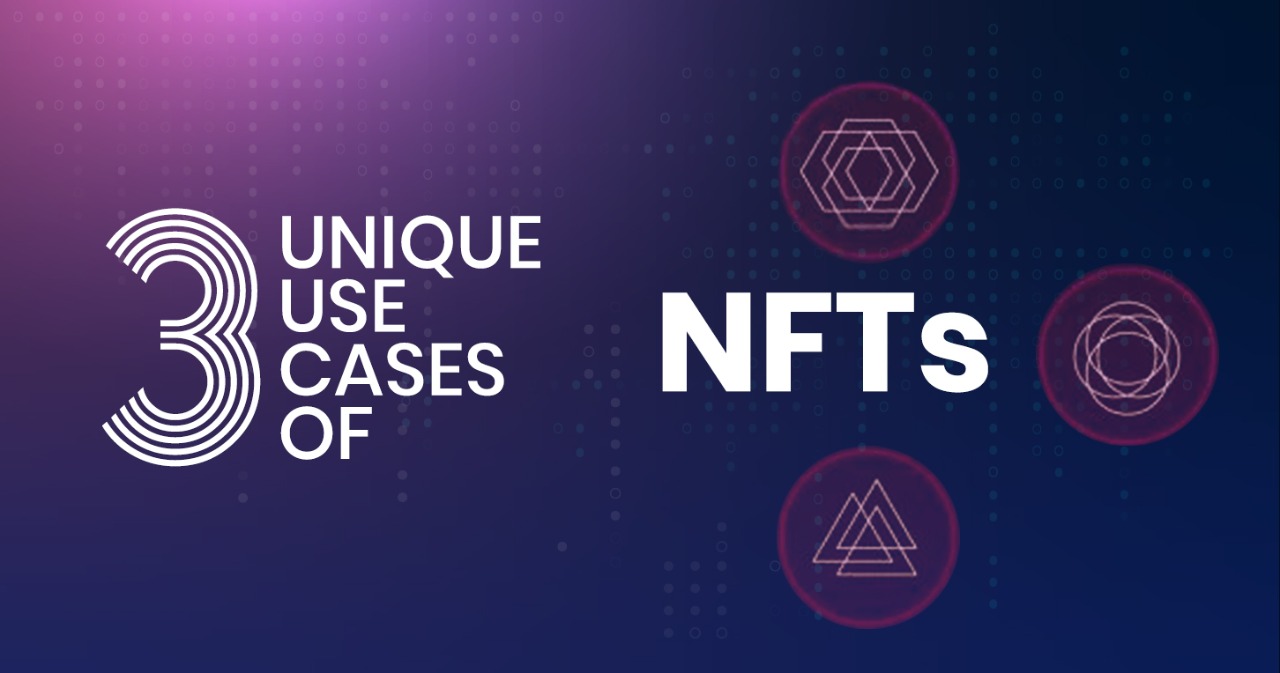 3 Unique Use Cases of NFTs

Non-fungible tokens (NFTs) exploded in popularity over the past year. By some measures, this has become the second-most popular application of blockchain technology after digital currencies like Bitcoin.

However, most mainstream users are only familiar with NFTs for digital artwork. After all, these pieces of digital art have sold for whopping sums of money and been created by world-class celebrities. However, the technology isn’t limited to digital art. Developers have been applying this form of tokenization to other industries. Here are three emerging use cases of NFTs that don’t involve digital art.

It was only a matter of time before the worlds of decentralized finance (DeFi) and NFTs collided. This year, a slew of new projects have enabled users to buy and stake their NFTs. Staking NFTs allows users to generate a return on their digital asset – one of the most basic DeFi applications.

Social media platform Torum completed its “Initial Staking NFT” earlier this year, while Cargo Gems and JustLiquidity  have also adopted a similar model. This could indicate that other DeFi applications for these tokens are in the pipeline. Users could someday share revenue from NFT royalties or license NFTs on decentralized platforms across the sector. The possibilities are endless.

NFTs are particularly well-suited for gaming platforms. Games have recently introduced the concepts of micro-transactions and in-game purchases. Gamers are now accustomed to paying real money for digital avatars, special costumes for playable characters and advanced features to enhance gameplay. Now, NFTs allow gamers to complete these transactions without an intermediary.

The most popular NFT-enabled game right now is Axie Infinity. With $42 million in NFT sales in June 2021, Axie seems to have more transaction volume than Ethereum or Bitcoin.  As the game becomes increasingly popular, its digital assets have skyrocketed in value. The barrier to entry for these critical in-game assets is now so high, that some players have started renting them out for a fixed return. In other words, the Axie Infinity gaming universe is organically creating its own micro-economy.

This is an exciting sneak peek at the future of the metaverse.

NFTs were initially created to tokenize digital assets. However, some developers have attempted to use the technology to tokenize tangible, real-world assets too. California-based real estate broker Shane Dulgeroff attached a property deed to his NFT earlier this year.  The property currently generates $60,000 in annual rent and should be worth over $1 million. The winner of the NFT auction receives the title to the house as well as a digital artwork that was inspired by the house.

However, Dulgeroff ultimately closed the auction and listed the property via traditional platforms due to lack of interest. “We didn’t have any bids,” he told reporters. The experiment may have succeeded if NFTs were more mainstream and local regulations allowed such listings. For now, NFTs representing real-world assets is still a theoretical concept.