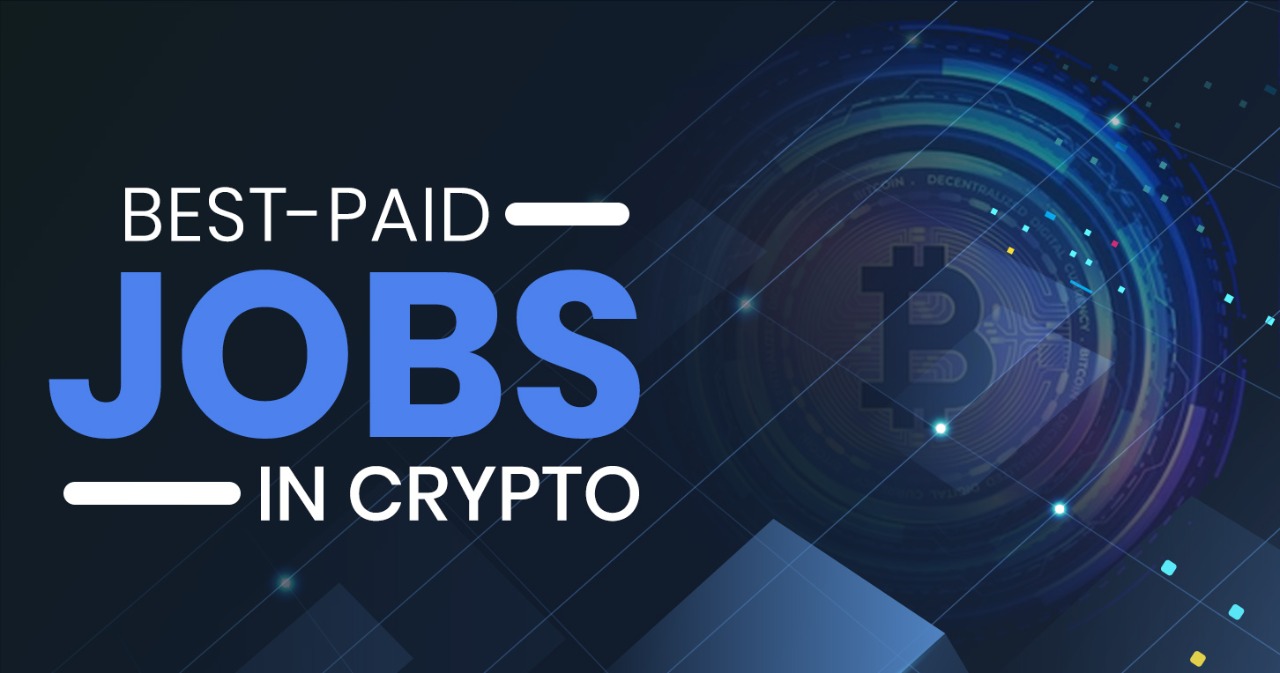 Bitcoin has been around for just over 12 years while most digital assets are not even a decade old. Nevertheless, the sector is now worth over $1.6 trillion. In other words, we’ve created an economy the size of Brazil but only had 12 years to create talent for this massive sector.

Unsurprisingly, there’s a talent shortage. Startups are raising immense funds and actively looking to recruit, but struggling to find people with the right experience and willingness to work in the digital assets space. That’s pushed wages up. Here are the top three best-paid jobs in crypto in 2021.

Tech startups are often formed when a marketing or sales genius collides with a technical master. Sometimes a founder could be both technical and business-savvy. However, rarely are founders equipped to deal with staff, recruitment, regulations, and the legal nitty-gritty of running a business beyond a certain size.

Once crypto startups grow beyond the seed stage, they need an executive assistant or Chief of Staff to manage the administrative systems that the business needs to function on a daily basis.

Some startups in the crypto world have transitioned to this size now and that’s created a pressing need for Chief of Staff and Chief Operating Officers. The average salary for such roles in the U.S. is $144,000, however, there could be some stock or bonus compensation involved too.

As mentioned before, the crypto community faces a severe talent shortage. This has led to higher compensation for upper-level managers with recruitment and human resources skills.

Directors of Talent Management generally help a company organize its staff and recruitment efforts based on data-driven strategic goals. In other words, they help build teams of creative and high-performing people.

In the U.S., this role can fetch roughly $142,000 – nearly as much as a Chief of Staff. However, in the crypto industry, this role could be remote since most crypto startups are digital-first. Nevertheless, people with the right experience can hop into the digital assets sector starting from the top via this role.

Otherwise known as a M&A Director, this is one of the most prestigious roles in the digital assets sector. M&A activity in the crypto sector is as intense as ever. Over 478 deals have been completed since 2013. The peak was in 2018, when 162 deals were completed. However, recent deals have been far more valuable, which means bigger transactions and many more moving parts to manage. That’s created a pressing need for someone to manage a deal from start to end.

A M&A Director can source deals, coordinate with investors, reach out to potential acquirers or conduct due diligence on potential targets. This segment of the operation is a key growth driver for most major corporations, which is why the role commands an average salary of over $133,000.

There’s never been a better time to be a job hunter in the digital assets sector.