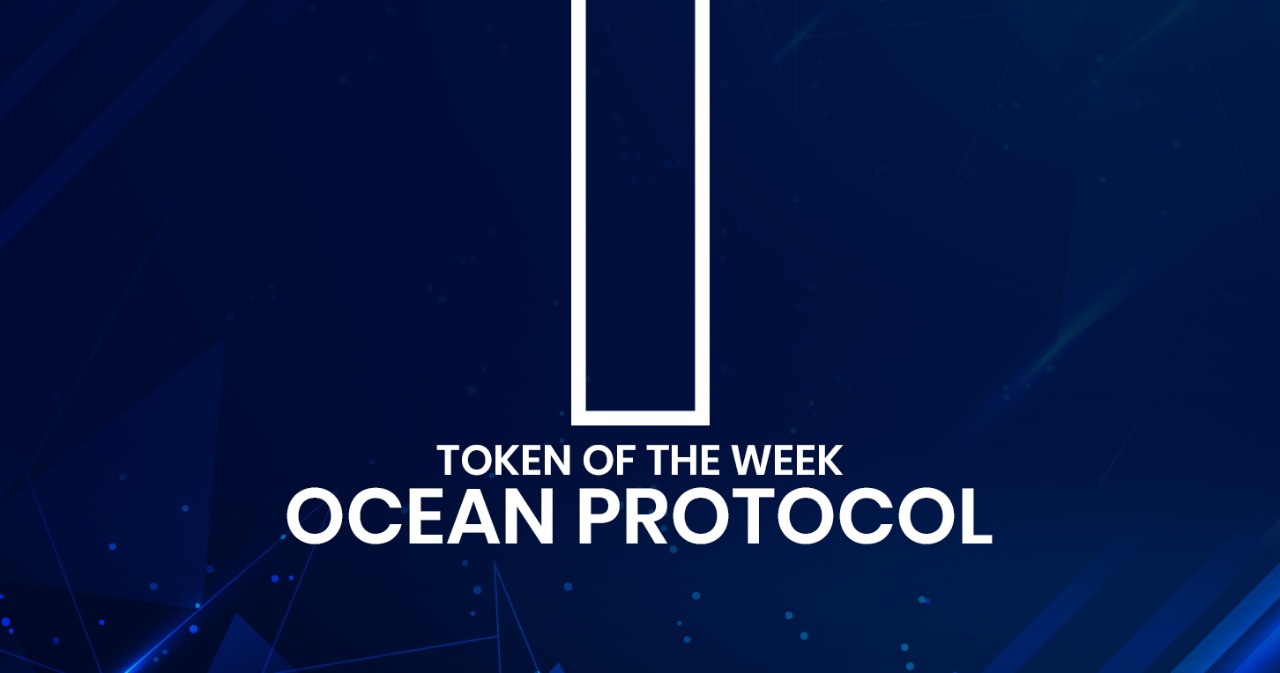 Token of the Week: Ocean Protocol

Blockchain technology has enabled the decentralization of several markets. There’s a market for futures, predictions, digital art, and, of course, cryptocurrencies. Now, developers have launched marketplaces for data – making it convenient to buy and sell pieces of information online.

Ocean Protocol is one of the earliest and most popular decentralized marketplaces in the industry. Here’s a closer look at the protocol, the marketplace and its underlying token.

At its core, the Ocean Protocol rewards data providers, data curators, and data keepers to incentivise the flow of data via decentralized mechanisms. The team has raised funds from several noteworthy investors and venture capital firms including Outlier Ventures.

Web 2.0 is awash in data. However, ownership, privacy and control are compromised since most of this data is collected and stored with the tech giants who control the most popular platforms.

Ocean Protocol is a Web 3.0 response to that. Users can buy, sell, store, license and consume data on the platform. This would help a smart contract borrow weather data from a sensor in Peru, for example, or let a startup publish data about its users to third-party collaborators.

Developers can also use Ocean libraries, a feature built into the platform, to launch their own data wallets and data marketplaces. In this way, Ocean Protocol could serve as the backend of a new niche data marketplace or startup.

The Ocean Protocol’s native token is called OCEAN. Users can use these Ethereum-based tokens to buy and sell data. Ocean also serves as a governance token for the community to make major decisions about the protocol’s development. Finally, investors can stake OCEAN to provide liquidity to the marketplace and earn a yield.

The total supply of OCEAN tokens is capped at 1.41 billion tokens. However, there are only 613 million OCEAN in circulation at the time of writing. The rest, over 50% of total supply, is scheduled to be disbursed over the next several decades.

Ocean Protcol’s ICO in 2018 helped the team raise $20 million from investors including Zeroth, Synapse Capital, Outlier Ventures, Kosmos Capital, Fabric Ventures, and Julian Sarokin. At the moment, the tokens are worth 66 cents each and collectively worth $406 million.

Last year, the Ocean Protocol team delivered a proof-of-concept for a data marketplace to Daimler AG (the parent company of Mercedes-Benz). The concept allows enterprises to blockchain technology to store and monetize their data.

This year, the team has partnered with WISeKey to launch a NFT marketplace and with Polygon Network to lower gas fees on the Ethereum network.