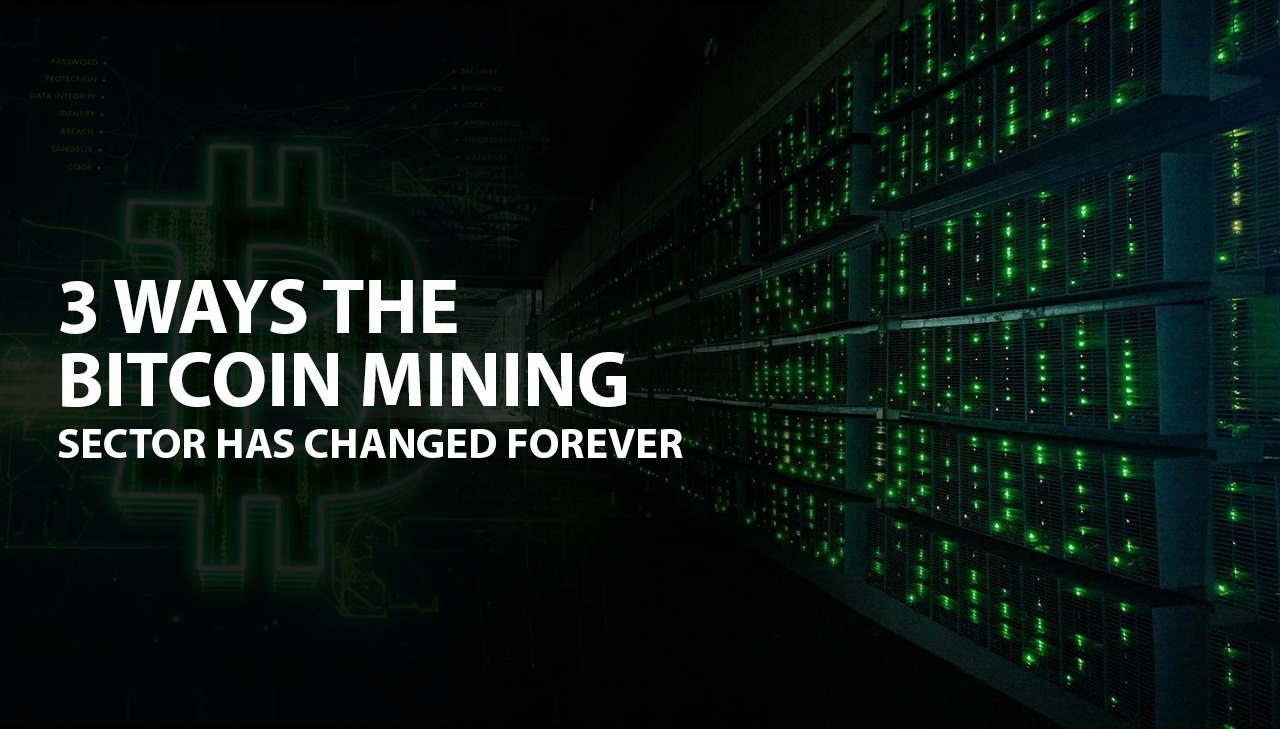 Bitcoin mining has come a long way over the past decade. Initially, anyone with a cursor knowledge of how blockchain technology works and a relatively mediocre laptop could mine BTC. Once Bitcoin became more popular and valuable, all the low-hanging fruit was gone.

Now, Bitcoin mining is dominated by multinational corporations and mining pools worth hundreds of billions of dollars. The industry has professionalized and that has permanently altered the economics of digital assets. Here are three ways Bitcoin mining has changed in recent years and what that means for users and developers across the ecosystem.

The first mining pool and corporate miners emerged in China, which gave the nation a head start. By 2020, China was clearly the dominant force in Bitcoin’s global network. So much that industry veterans like Peter Thiel were wary of the country’s ability to “weaponize” the asset.

However, things have changed swiftly since then. Chinese regulators have clamped down on the entire sector – primarily targeting mining facilities. The shutdown impacted over 70% of Bitcoin’s network capacity at the time and now Chinese miners have clearly lost their market share. This lowered mining difficulty for all other miners leading to lower costs and higher profitability for now.

However, some miners have become large enough to list their stock on public exchanges. At the time of writing, there are over 10 publicly-traded Bitcoin miners including HIVE Blockchain , Hut 8 mining, Argo Blockchain, Riot Blockchain and Marathon Digital Holdings.

These corporations can now issue new shares and bonds to raise capital, which means they can hold onto their BTC for longer. In fact, some miners have even used their BTC holdings as collateral to borrow growth funds. This means the industry has more fiat capital and far less supply of BTC on open markets.

Elon Musk’s criticisms brought Bitcoin’s underlying energy intensity into the public spotlight. Investors and users are now worried about the carbon footprint of the Bitcoin mining sector. In fact, Chinese regulators also highlighted environmental concerns as part of the reason for their clampdown.

The public backlash may have encouraged miners to tackle their carbon footprint. Miners are now investing in facilities powered by hydroelectricity, solar and wind power. Miners like Argo Blockchain and Riot Blockchain have invested heavily in new facilities near cleaner sources of fuel.  El Salvador’s President has proposed using geothermal energy from an active volcano to power mining facilities while Miami’s mayor Francis Suarez has voiced support for nuclear-powered mining operations in his city.

This shift in energy use has already had an impact. A recent study claims that the renewable energy mix in the Bitcoin mining sector could be as high as 56% and rapidly expanding.

The generation of new BTC has never been greener, more profitable and better-funded.