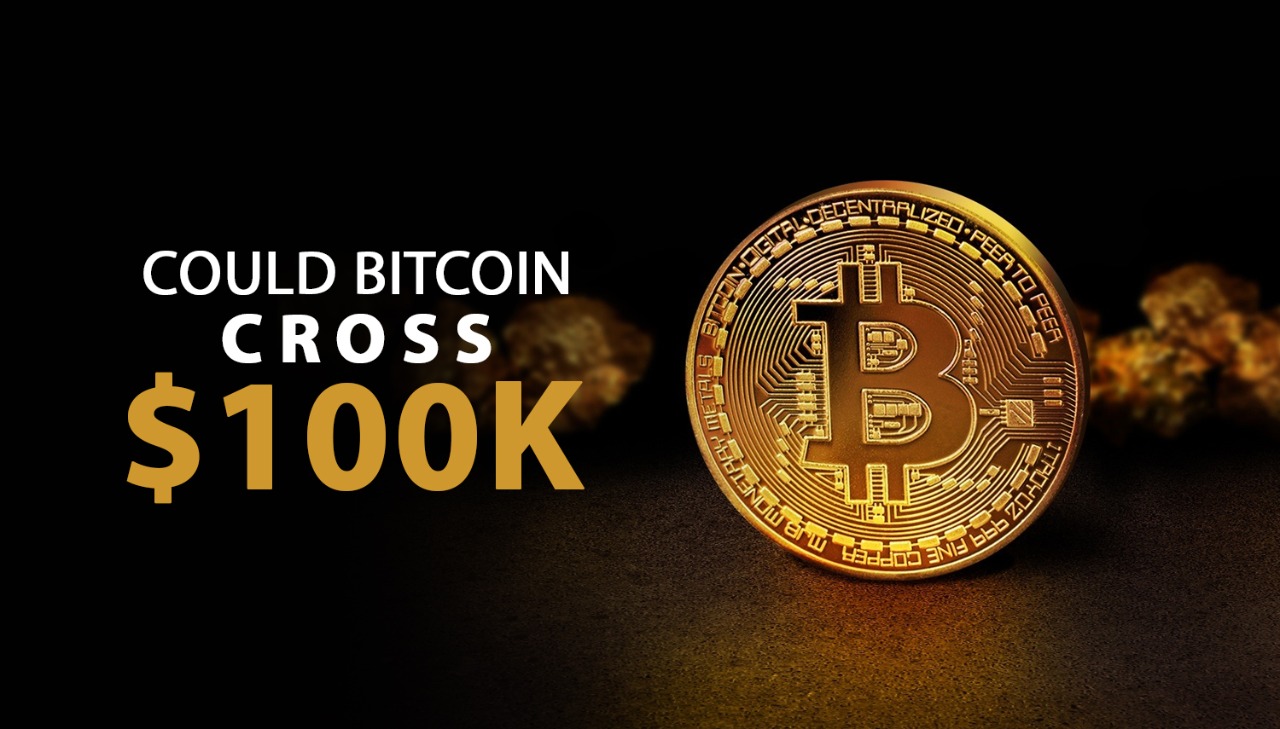 Bitcoin has quickly become one of the best performing assets in the world. Since 2009, the price of each token has surged roughly 60,000% – an average annual increase of 400%.

However, price gains have slowed down in recent years. Year-to-date, BTC is up 74% – which is excellent by traditional metrics but slower than historic averages for digital currencies. This has led some to question if the bull market can continue and if BTC can ever breach the $100,000 barrier.

Bitcoin currently trades at $59,300 and it’s difficult to predict future prices for such a volatile asset. But there are some indicators and signs that suggest the $100k barrier could be broken relatively soon.

First suggested by anonymous professional investor @PlanB and recently adopted by investment banking giant Fidelity Digital Assets, the stock-to-flow model seems to accurately predict the price of BTC based on new tokens created and the limit on total supply.

According to this model, the price should have crossed $100K already. In fact, this level should have been breached weeks ago. The divergence between actual price and predicted price isn’t uncommon. But the gap is expected to close sooner or later, as demonstrated by the chart below.

El Salvador’s declaration of Bitcoin as legal tender was a historic milestone for the industry. It opened the floodgates for other nations to adopt BTC as a means of payment for domestic transactions, remittances and foriegn trade.

Since then, regulators in Brazil have expressed some interest in similar adoption while Russia’s Vladimir Putin was optimistic about any alternative to the “greenback-denominated crude contracts.” Bitmex CEO Alexander Höptner predicted that at least five countries besides El Salvador will accept BTC as legal tender by the end of 2022.

Growing adoption by nation states could push the price of this digital asset much higher.

There is some consensus that Bitcoin is a digital version of gold. It’s limited in supply, easy to verify and difficult (or impossible) to fabricate. Under this assumption, BTC’s total addressable market size is the market value of gold – $10 trillion.

At the moment, the combined value of all circulating BTC units is $1.2 trillion. If this asset continues to disrupt gold, it could soon be worth well over $100k each.

Growing adoption and awareness has pushed the price of BTC from less than $1 in 2009 to over $59,000 today. But the growth story is far from over. Only one country has adopted the digital asset as legal tender and others could soon follow. Meanwhile, financial models suggest each token could be worth over $100k relatively soon.

With so much room to grow, the digital assets sector is still an attractive destination for capital and talent from across the world.