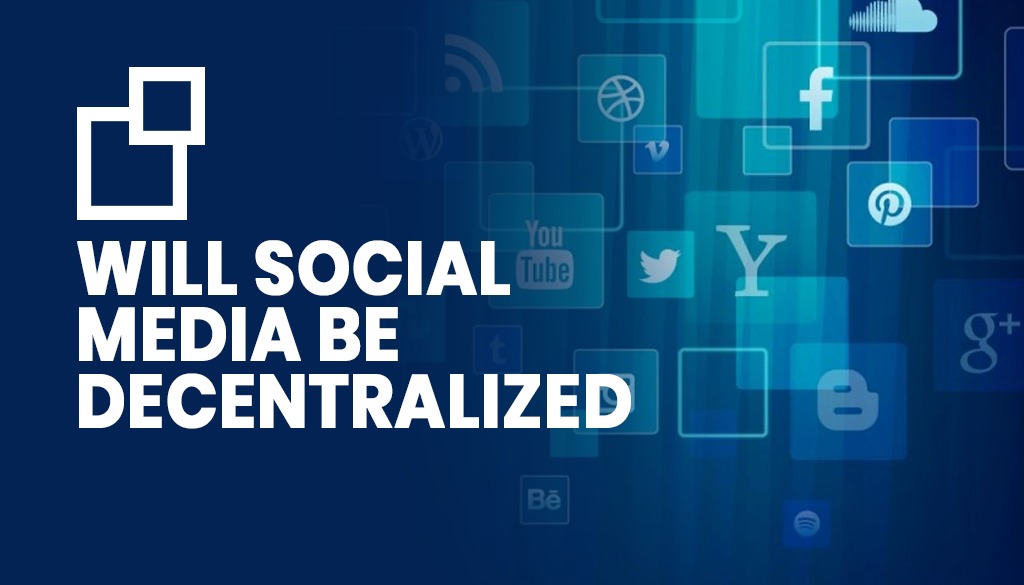 Will Social Media Be Decentralized?

This week, social media giant Facebook announced a rebrand and pivot in its business strategy. The company will now be known as “Meta” and will focus on platforms or devices that connect people to the metaverse. The announcement was a signal that Mark Zuckerberg considers augmented reality, virtual reality and remote work critical to the future of social media. But it was also an indication that too much of the existing social media landscape is controlled by a single company.

Facebook (aka Meta) is a trillion-dollar juggernaut with controlling stakes in some of the most popular platforms on the modern web. The core Facebook platform along with Instagram and Whatsapp serve as the intermediary for communications between nearly 3 billion people (half the world’s adult population).

Could it be time to decentralize these communications via social media platforms based on blockchain technology? Here are some indications that the future of likes, shares and subscriptions is decentralized.

The concept of a decentralized social network is not new. In fact, several startups tried to disrupt traditional web platforms during the 2017 bull market. Most of these failed to get significant traction.

Open source technology, lack of censorship and ad-free experiences were tremendously appealing to a niche set of early adopters, but mainstream users needed much more. The process of signing up for and collecting digital assets on a decentralized web was simply too cumbersome for most users, which is why these platforms failed to gain traction.

Adoption is also hindered by the implications of a fully decentralized social web. Mastodon, for instance, has been struggling to deal with the sudden influx of alt-right and neo-Nazi users on the platform since Gab migrated to the network. Such content is difficult to moderate on a decentralized social network.

These challenges and failures could inspire the next generation of decentralized social platforms.

Recently launched social media platforms based on blockchain technology have unique models for adoption. Mirror.xyz, for instance, is organized as a weekly game for a community of writers and their most dedicated followers. The platform’s $WRITE tokens serve as a native currency for the platform.

This gamified social experience has been massively popular. A better example, perhaps, is Axie Infinity’s play-to-earn model. The platform combines cryptocurrency reward and NFT game characters to create a decentralized ecosystem for players from across the world. The game has already attracted over 23.4 million monthly active users and the development company is on track to generate $2.7 billion in annualized revenue. That makes Axie a bigger success than any of the decentralized social media platforms mentioned above.

Axie and Mirror’s success could indicate that a combination of gamification, crypto rewards and NFT collectibles is the future of online social experiences.

Blockchain-based social media platforms have struggled to gain traction, but new startups seem to be succeeding with a combination of crypto incentives and gamification.