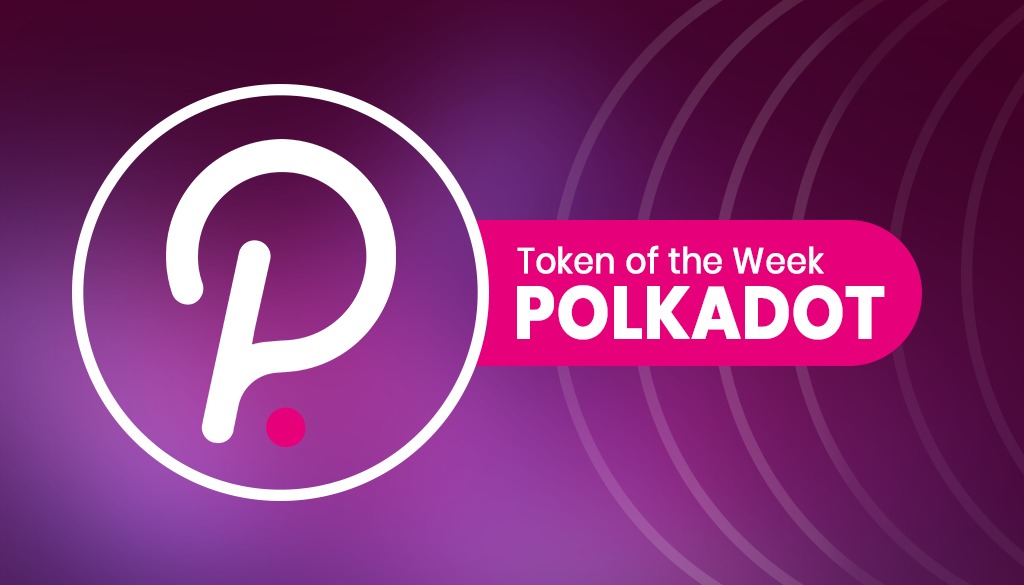 Token of the Week: Polkadot

Polkadot is a unique blockchain project that seeks to ensure the seamless interconnection of various blockchain networks. Additionally, it aims to address decentralization, speed and security deficiencies that have clobbered many networks in this emerging sector.

Polkadot was launched in 2016 by Gavin Wood, who previously worked on Ethereum, Peter Czaban, and Robert Habermeier. The trio sought to develop an internet of interoperable blockchains as part of a much bigger decentralized web.

Consequently, Polkadot was designed to ensure other networks don’t operate in isolation. Instead, it hopes to “join dots” to ensure interoperability as part of a much bigger multi-chain network. It seeks to operate the same way as HTML, which allows sites, browsers, and servers to share information.

As it stands, people looking to come up with decentralized systems must do so from scratch. While the model is proven, it tends to be time-consuming and a waste of talent given the ever-growing system of competing networks.

Polkadot acts as an intermediary whereby various blockchains can connect and work in parallel. The network is made up of two structural components. The relay chain is tasked with ensuring security in the network while also ensuring consensus and cross-chain interoperability between various networks.

Parachains are the second component that act as intermediaries whereby blockchains connect to the Relay chain to delegate consensus and security computations. In addition, these Parachains act as custom blockchains that leverage relay chain computing resources to validate and ensure each transaction is accurate.

DOT is the native coin that powers the Polkadot blockchain. It is through the staking of the coin that people can vote on potential network changes and upgrades. Additionally, DOT holders can determine the network’s operating fees as well as schedule for the addition of new Parachains

In addition, the DOT coin plays a pivotal role in securing the network. Through the proof-of-stake consensus mechanism, holders have a duty of validating transactions across Parachains. Holders must stake their DOT coins to participate in transaction validations.

DOT has been on an impressive run amid the crypto boom. The token is up by more than 300%. At one point this year it became the eighth largest cryptocurrency, with a market cap of more than $41 billion.

DOT was recently added to a number of high profile exchanges, including Binance Kraken and Huobi.