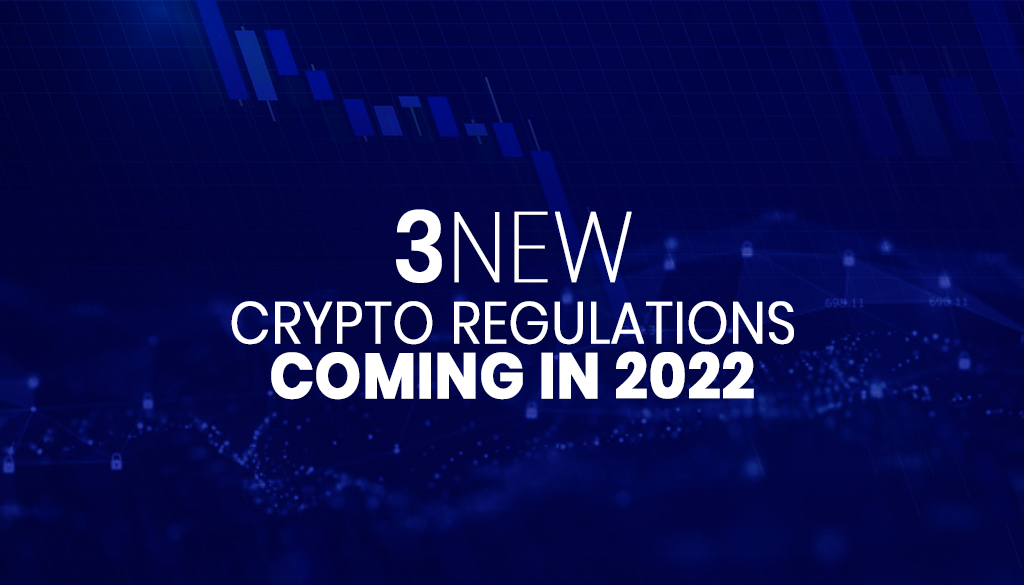 The digital assets sector — such as crypto — is now simply too big to avoid regulations. With the industry worth over $2 trillion, tighter rules are inevitable. Here are some of the biggest new regulations that could be implemented or passed in 2022.

Russia’s central bank recently announced a blanket ban on all cryptocurrency trading and mining activities across the nation. That makes it the second major economy, after China, to crack down on the industry in such a broad manner.

The Russian government has always been skeptical of digital assets and cryptocurrencies. For years, regulators have argued that these digital tokens are used for money laundering and illicit activities, which is why a law that prohibits the use of crypto as a “means of payment” was passed in 2020.

With the new rules, trading and mining cryptocurrency will also become prohibited. Russian authorities argue that this is essential to preserve financial stability. However, central banks in other countries, such as Hong Kong and the United States, have explicitly said that cryptocurrencies do not pose a systemic financial risk. Regulations in these territories are likely to be much more granular and permissive.

Last month, Federal Reserve Chairman Jerome Powell said Bitcoin and other cryptocurrencies were not endangering the financial system, but stablecoins could certainly be within the jurisdiction of US authorities and a target for more regulations.

This month, Securities and Exchange Commission (SEC) Chairman Gary Gensler indicated that he concurred with this assessment. Gensler said cryptocurrencies were “highly speculative” and that the exchanges used to trade these assets had “real vulnerabilities.”

Gensler expressed his opinion that stablecoins – digital assets pegged to the value of fiat currencies – were being issued by the trading platforms which made them akin to securities or “casino chips.” As such, he hoped that his agency would regulate them along with several other crypto assets in 2022. “If the trading platforms don’t come into their regulated space, this would be another year of the public being vulnerable,” he said.

Meanwhile, the Biden administration is trying to impose a new “wash trading” rule in 2022.

Stocks and bonds already have adhered to wash trading rules, which means investors can’t sell an asset to reap tax benefits and buy it back at the lower price right away. Cryptocurrencies have been defined as “property,” which means they’ve avoided such rules in the past. Now, House Democrats want to close this loophole through the BBB bill.

While the BBB bill has stalled during the legislation process, the administration could revisit this issue in 2022 through an independent bill.