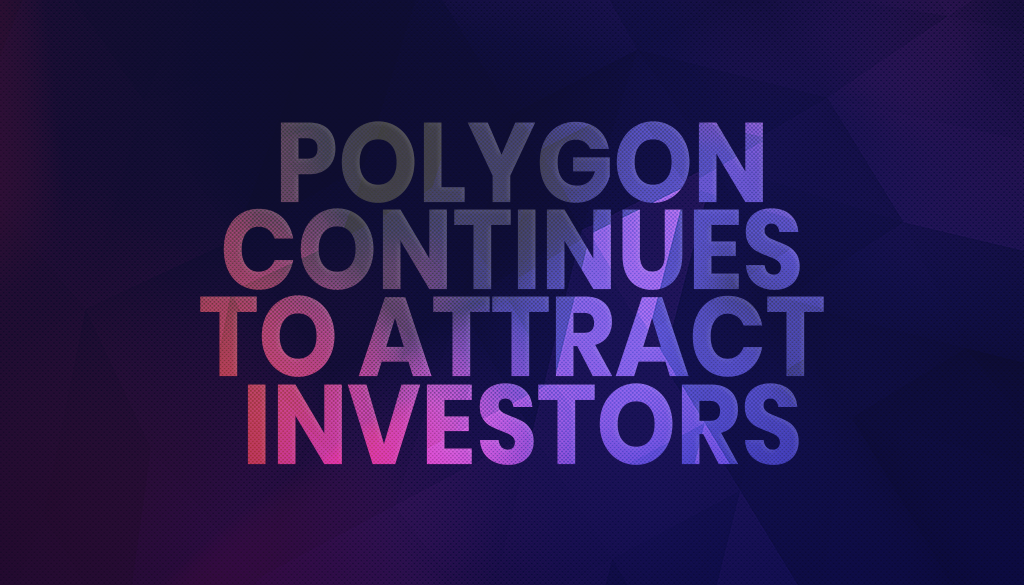 Despite the pullback in the cryptocurrency sector, this niche project continues to attract more attention from financial backers and adoption from developers.

Here are the top three reasons why this project seems so attractive right now.

Polygon was developed as a layer-2 or L2 scaling solution for the Ethereum blockchain. Core developers Jaynti Kanani, Sandeep Nailwal, and Anurag Arjun started working on solutions to Ethereum’s scaling issues in 2017. Their project would enhance the network’s throughput and effectively lower fees by moving some transactions off-chain. This project is now the Polygon network.

Gas fees on the Ethereum network and slow transactions are still an immense barrier to mainstream adoption of this digital asset. As the Ethereum ecosystem evolves for new use cases (such as non-fungible tokens and play-to-earn entertainment) it needs solutions like Polygon to help it handle the load. This is one of the primary reasons why Polygon continues to attract more investment.

Another critical reason for Polygon’s continued success is its track record of execution. Over the past few years, the team has acquired other innovative crypto projects such as the Hermes Network and Mir Protocol to continue its expansion.

The team also seems determined to make the network more secure and useful than most of its rivals. The #DeFiforAll Fund has digital tokens worth $100 million, which makes it one of the largest developer support incentive programs in the industry. Polygon’s team also paid a record-breaking $2 million bounty to avoid an $850 million hack recently, which signals a deeper level of commitment to cybersecurity than most peers.

With better support and infrastructure, it’s no surprise that the network continues to attract investors, users, developers, and white hat hackers.

There are clear signs of Polygon’s relentless adoption. Data published by Alchemy seems to suggest that Polygon is growing faster than most other L2 platforms. Since its inception, the network has hosted well over 7,000 decentralized applications or dApps. Some of these dApps are popular enough to be considered mainstream – such as the NFT platform OpenSea.

Polygon’s expansion in adoption, usage, and apps seems to have attracted investors looking for a growth opportunity.

Despite the ongoing bear market in digital assets, Polygon continues to attract fresh capital and more development activity. This could be driven by the robust demand for L2 solutions on Ethereum and the Polygon team’s execution.