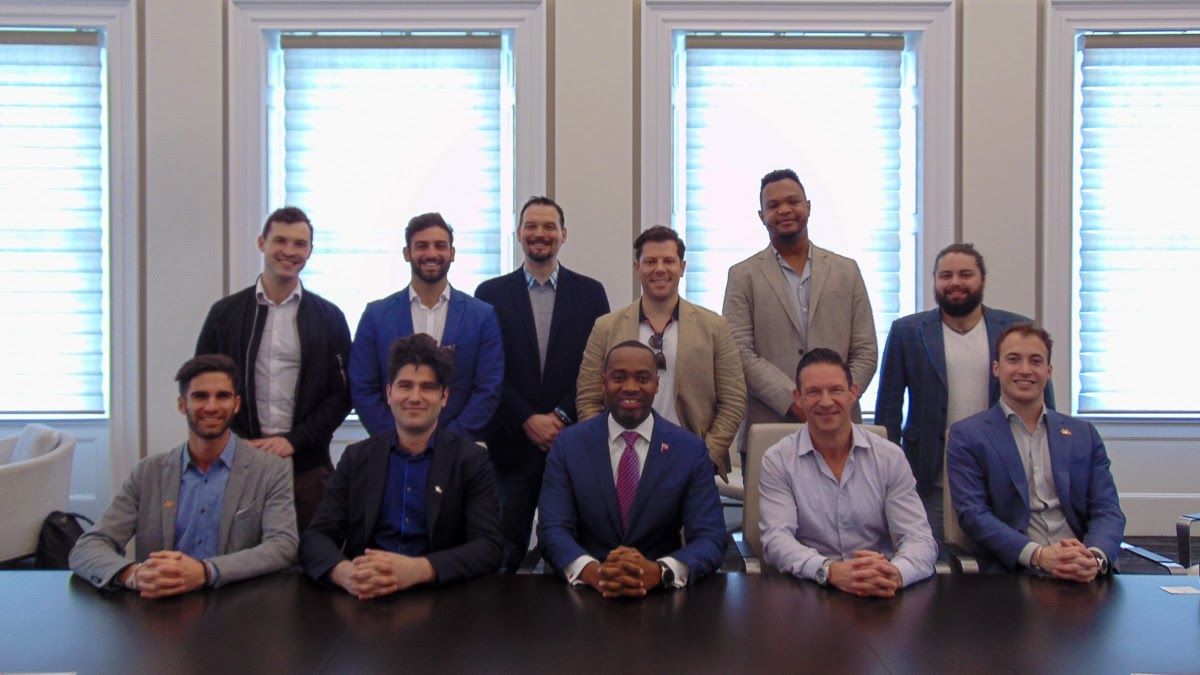 Michael Gord, Co-Founder & CEO of Global Digital Assets (GDA), travelled to Hamilton, Bermuda as one of the five companies in the Canadian cohort of the first Canadian Tech Summit in Bermuda, to identify opportunities between Canadian and Bermudian businesses.

On January 28, Michael presented GDA and how their platform can help launch, structure, and distribute digital assets in Bermuda’s futuristic economy. Listening to the presentation were guests from the private and public sectors of Bermuda, along with key representatives from the Canadian Consulate. Some of the key attendees included members of the Bermuda Monetary Authority, Bermuda Development Agency, Appleby Global (a leading law firm), and Continental Management Limited. Constructive collaboration between these stakeholders will be crucial in shaping an environment where Michael’s company can effectively enter the market and contribute to the community’s success.”

Having both David Burt, Premier of Bermuda, and Khawar Nasim, acting Consul General at the Consulate General of Canada in New York, participate in a fireside chat shows just how important the topic of fintech is to Bermuda. Attracting the attention of such key people created a considerable amount of buzz. In the lead up to the event, the Royal Gazette, Bermuda’s leading newspaper published an article kicking off the summit and announcing GDA’s arrival. They then sent several journalists to cover the event and published a followup article discussing GDA and the 4 other Canadian companies comprising the cohort.

GDA’s immediate appeal for Bermudians is the possibility of providing the island’s citizens with fractional ownership of their own island, through tokenization of real estate, land and other traditionally illiquid assets. Through this democratization of ownership, Bermuda could become an example of a country’s people truly owning their part of their government.

The firm also sees massive potential for serving as a fully-compliant token issuance platform, building upon Bermuda’s Digital Asset Offering (DAO) legislation and its global renown as a financial centre. GDA has the opportunity to be the first advisory firm to offer compliant DAO-as-a-Service to the global blockchain ecosystem, and Michael and the team are looking forward to their next visit to the island.