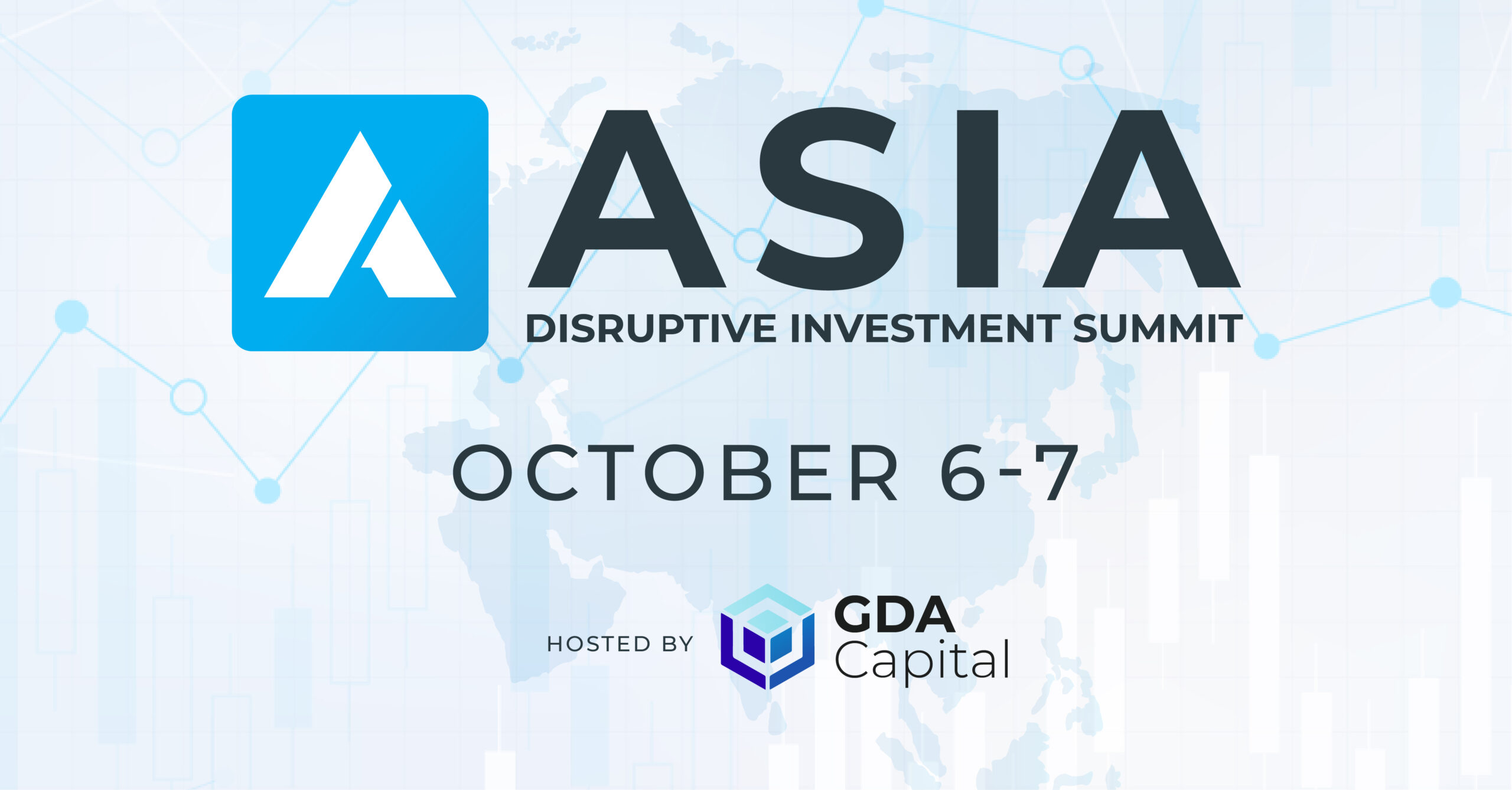 The event was a follow-up on the success of the Europe Disruptive Investment summit. Alongside the stellar lineup, the event gathered investors and family office communities with the goal of fostering new opportunities and connections between them, alongside innovative entrepreneurs in the digital asset space.

Family offices are typically considered conservative parties in their  investment approaches. However a recent Fidelity Investment Survey revealed that 22% of over 400 institutional investors, including family offices and foundations, are exploring or have explored investment products relating to digital assets.

This is greater evidence that digital assets have limited correlation to traditional assets. They are attractive for purposes of portfolio diversification, and the various financial incentives involved.

We are experiencing a paradigm shift, and adaptation is key.

They explained how this industry has re-shaped their perspectives on digital assets,  and how families managed exposure to innovative assets and high-growth asset classes while preserving their reputation and name.

Nicholas explained that there is a clear distinction between old money and new money. The way he sees it, new money has learned that they make their wealth by running concentrated risks. They either make it, or they don’t. They are aware of the high growth and high risk around the industry. They like disruptive technology and the world changing advancements it can bring.

Old money is a bit different. They think multi-generationally, discussing everything from taxes to inflation to legalities and the safety of countries. They are leery of governments  cheating on them, taking their assets, and taking control. They don’t want anyone managing or monitoring their funds other than themselves.

When he discussed all money, he said that this comes with the young generation. People are happy allocating money to train 20 and 30 year olds. Then, if they are adept, they move up in rank. Overall, a methodological shift in money management strategy is slowly taking place.

Patrick, being much younger, had his own perspective on this topic as well. He said that in the internet era, technology companies have already seen great returns, which has attracted both family offices as well as other investors to enter the space.

The younger generation of rich families are open to new technologies, and when they take control over their family offices, they will increase allocation to innovative technology assets.

There is a clear difference between generations when it comes to the adoption of newer technologies, and higher risks are involved.

Many families are professional investors, so they balance these investments with lower risk assets.

Michael discussed what is happening in Korea regarding the Metaverse in the Korean Listed Exchange. The Metaverse has boomed on a global scale, but Metaverse companies in Korea are especially hot. Since entering the virtual space, company revenues have improved substantially.

Michael believes that metaverse-scene startups or listed companies could make great revenue in five to ten years. A lot of these metaverse theme companies are entering the Korean exchange.

However, In Korea, the government does not want to promote this kind of investment boom, specifically for blockchain-based tokens. Yet the blockchain industry is bringing substantial money into the country.

Exchanges are getting a lot of money just for blockchain token investments.

Jehan discussed China being close to Hong Kong, and said that the developments there are interesting in different ways.

In China, crypto is dead once and for all. He thought that it would be for a while, but it finally is now that the country banned crypto trading.

Jehan also mentioned that Red Date Technologies is the architect of the blockchain-based services network, which is China’s national blockchain initiative infrastructure.

It is not a blockchain itself but an ecosystem for interoperability or AWS for blockchain—a cross-structure solution company.

This is a private, permissioned version of the public chain that abstracts out the public token, so there are no free-flowing tokens. You can only use tokens for gas and cannot transfer them between people. This allows decentralized applications (dApps) outside of China to launch their dApps inside of China and work with government agencies.

The inaugural Asia Disruptive Technology Conference proved to be a resounding success, and we’re glad to have gotten insight into some of the developments as well as the updates on how the crypto industry is evolving in various use-cases and target groups, as well as regions in the world.